Navigation> Racine / Général / Let us ask ourselves this question: what do we want to live in this...

Let us ask ourselves this question: what do we want to live in this moment of eternity?

Let us ask ourselves this question: what do we want to live in this moment of eternity? 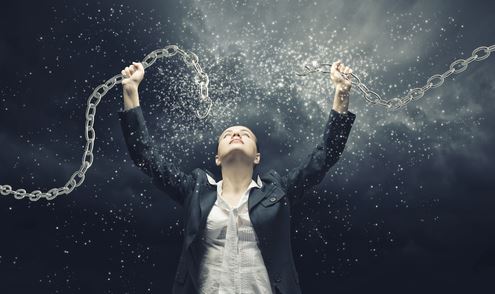 Asking this question means that we are ready to live something else, something that changes the routine, depending on what we are living, will allow us to have a new look, to free ourselves from what we no longer want to live, to move on to something else that will make a difference. What have we experienced as human beings since man first set foot on this planet? Basically, it boils down to confinement, man has created his own hell, identifying himself with beliefs, with histories, which are not always in the image of what they were, distorted for future generations, with the voluntary or involuntary aim of remaining confined, creating religions, doctrines of confinement.

What is confinement? We could define it this way, cut off from its divine nature, creating the illusion of duality and separation, creating the ego, which is defined by its own thoughts, it sees reality according to its conscience which determines what is good or not. This is what the vast majority of human beings experience, the confinement, they act according to the fact that they believe they are separated, confronted with their thoughts, fears that only feed the illusion, the confinement. The human being is not of a wicked nature, the fact of believing that he is separated from the original source, that he identifies more with what he believes and thinks he is, makes him live this confinement of which he is the creator and the victim. While life is the opposite of confinement, nothing is stable, everything moves, everything is renewed, without the original source of his absolute love being altered, destabilized.

The creative breath of the original source allows life to learn, experiment and evolve through its own experiences and learning in all creations, dimensions and forms. A diversity that allows life to manifest itself in the universe that was conceived by the intelligence of light, of the original source. The most common name is God, all in one, one in all. Understand that we have lived everything in the confinement by beliefs, thoughts, just the fact of believing ourselves a consciousness, a soul, a body separated from the original source. Nothing can alter, destabilize what we are from all eternity, we are nothing that feeds the confinement. Since we are the original source, God who manifests Himself in all creations, dimensions and forms, diversities that are only vehicles for taking life, as is the case with this human form.

Believing that we are separated from God makes us live this illusion of duality and separation, not realizing that we perceive reality according to our own gaze, our own conception, reflecting this confinement. This is what we thought was reality, believing it, putting veils over our gaze, blaming ourselves and blaming this world for all this suffering generated, all out of ignorance and blindness. We hold others responsible, but in reality this only reflects the confinement in which we remain identified and that the only way out, the only way out, is to experience a rebirth in the way it changes our view of all that is.

Nothing has ever left the original source, God, we are his eternal essence, the whole in one. Believing that we are only the human form, the consciousness that defines what is right or wrong, that in fact we are victims of our own gaze. We have forgotten that everything is one, everything is the manifestation of the original source and that everything we experience as reality, reflects only the illusion of duality and separation through beliefs, thoughts and religions. We do not realize that we have created our own confinement. We do not seek who the others are, they are just us, in our own image. We have forgotten that everything is one, light, peace and joy, that life is eternal. We believe in death for the simple reason that there is no longer this presence of eternal life, of the original source, remaining identified with the inert form. When we die, it is only a passage, a change of reality, we continue according to what has been orchestrated by the original source, God, according to the divine plan.

In any case, we have never left the original source, what we believe to be real is only the learning of life in some form or another to learn from experiences of what presents itself as an illusory reality. Why, I share this truth, without asking anything in return, without any expectation of who or what, is that I have lived this rebirth, this is what has made me understand the confinement in which I have identified myself as a person. It is what made me understand through this lived experience that everything is an illusion, that everything is one, what I did not welcome, what I did not accept and what I did not love and what I was trying to change through unconditional love, is that the reflection of my confinement. I identified myself with the illusion of duality and separation, I was not in the acceptance, neither in the welcoming, nor in this accompaniment to love everything with the same love. I did not know that I was creating the enclosure, the confinement, when there is only the manifestation of the one life, of the original source, whatever the creation or the dimension, it is always the original source, God who experiences through form his own illusory creation, while learning from what is manifested on the great screen of life.

What remains to be experienced other than confinement? But life one, to welcome everything with the same love, to accept everything, to live unity in all that is, to reflect this original source, this light, peace and joy. There is no longer the illusion of duality or separation, this is part of the confinement, of the old, for the new is to become aware through what we use as a vehicle to witness the magnificence of eternal life, manifesting itself throughout life. There is nothing that dies, eternal life continues on its path since it is the original source. To experience something other than confinement is to live in perfect harmony, it is to no longer nourish any belief, religion, history of confinement. It is living free of any belief, of any thought, it is being only in the heart, in the original source, in silence to love everything with the same love.

To live the non-enclosure is to live in the unified heart, it is no longer to be in the (mental) mind or the thought that seeks to know the why and the how. It is realizing in the form that serves as a vehicle to live the unity in all, the all in one, the one in all and this in absolute love. It is what is real love, absolute in all that is, recognition in the original source, through learning about eternal life through the gaze of eternal and absolute love.

It is not from yesterday that I share this truth, using different words, but always in the same sense, that everything is in us, that we are all the original source, God. There is no smaller or greater, everything is the same original source, God. If we perceive it differently, it is because we look at it in a different way, while remaining identified with the illusion of duality and separation, when it is enough to realize that everything is one, one in everything. What we don’t like, what we don’t accept and don’t welcome, is only the confinement in which we believe that all this is real, which is nothing but an illusion. In fact we are the original source, the eternal life that is revealed and unveiled by the intelligence of the light. Let us accept, welcome and love everything in the same accompaniment, that of loving with the same love.

Song of Freedom from Exos64 on Vimeo. .Etoile